Ideas Growing at A house

Trend forecasting and brand strategy agency Hint, founded by Johan Åkesson and Claes Bodén, is something of a spider in the A house web. Having joined forces with numerous companies within A house Ark, they’re paving the way for collaboration between members.

One of those in-house collabs has been in partnership with Organic Sweden: an industry association that works in the interest of sustainable food production and promotes organic food and beverages both in Sweden as well as internationally; mainly operated by Charlotte Bladh André, CEO and Anton Järild, Communications Strategist.

The two teams first collided at the coffee station here at A house Ark – the corporate landscape’s meet cute if there ever was one. A mutual interest for food brought them together, which later developed into the first of two campaigns: Känn Lugnet – Handla Ekologiskt (“Feel the Calm – Buy Organic”), and Nudging Organic.

How did the campaign Känn Lugnet – Handla Ekologiskt and your collaboration come about? Who got in touch with who?

Organic Sweden: After securing funding for our project, we started looking for a strategic partner that could help us bring this campaign to life. It did not take long until we thought of our interaction with the guys at Hint so we decided to tell them about the project, and luckily they were as excited about it as we were. Shortly thereafter, Johan and Claes assembled a team of creative designers, copywriters and not to forget a fantastic project coordinator.

Hint: I think we both saw a possibility of working together with an independent team of specialists with knowledge and genuine interest rather than working with a team from a traditional agency. Hint usually works with insights and strategic work, but this time Organic Sweden was interested in Hint taking on a bigger role.

Please talk a little about the project Känn Lugnet – Handla Ekologiskt. Why is it important to you?

OS: During 2020, the year when covid hit, we saw that many of our member companies – small-scale and medium-sized organic food producers in particular – suffered from the significant drop of sales in restaurants, hotels, bars, and cafés.

The campaign was our response to that challenge – a way of supporting the sector by a wide range of promotional activities including in-store campaigns in grocery shops. It should be noted that the project received support from the European Commission and was co-financed by a group of food companies and the Swedish Food Retailers Federation.

Being trend forecasters like you are at Hint, what future behaviors have you identified with this campaign? Since choosing organic in itself has been on the map for quite a while now, I’m curious to learn if there are new layers to organic consumption you’re targeting – or perhaps the more urgent need for it?

H: An early insight in the project was that, to consumers, ”for me” – which many times includes ”my children”, “family” – is considered a more prioritized driver to buy organic, compared to climate impact. Although sustainable production is rated high, being free from toxins is even more important to people.

The campaign Känn Lugnet – Handla Ekologiskt came out in September of 2021. Some might look at campaigns in general as having a rather short expiry date – a vessel for the fast-paced present. Do you go about executing campaigns in a non-traditional fashion because of your message being ever-so-relevant?

OS: It lies in the very nature of campaigns that they are short-lived; some last longer than others, but most of them have an expiry date as you point out. However, we try to use campaigns not only as means to reach individual consumers or concerned citizens, but also to build lasting relations with key stakeholders and explore ways to promote much-needed collaboration with say growers, processors and grocery retailers.

H: One of the best things with Känn Lugnet is that it was not only a campaign – it was and still is more of a platform that can be activated over time. The theme and illustration manner can be perceived more as a quality stamp to easier help people make a better choice.

Since then, there’s a new project called Nudging Organic, that Hint also is a part of. Were you able to build off what you’d already done for Känn Lugnet?

OS: Yes, one could say that Nudging Organic is in many ways an extension of Känn Lugnet. Apart from being conceptually and visually similar, the two projects rely on the same strategic communication approach which is informed by the insights provided by Claes and Johan at Hint.

Finally, has the physical space of A house eased the way of your collaboration?

OS: Yes, absolutely! Our collaboration has benefited a great deal from sharing the same workspace. Instead of dropping an email to one another, we could just as easily swing by each other’s offices and have a quick chat. We find that complex communication projects such as Känn Lugnet benefit a lot from those kinds of short conversations where one can discuss ways of overcoming obstacles or share new insights with each other in person.

H: Without a doubt. There’s the practical side with the shared meeting rooms and the nearness – but I would also say the spontaneous side of passing by each others’ studios on a whim. This kind of meeting, without an agenda, has raised and answered questions that have been important for both of us. The kind of campfire A house can offer is essential to all workplaces.

Hint is a strategic trend partner that finds opportunities in what’s next. Previous clients include H&M Group, Atrium Ljungberg, Svegro, amongst others. Organic Sweden is currently rolling out their latest campaign EKO-september. Learn more about it here. 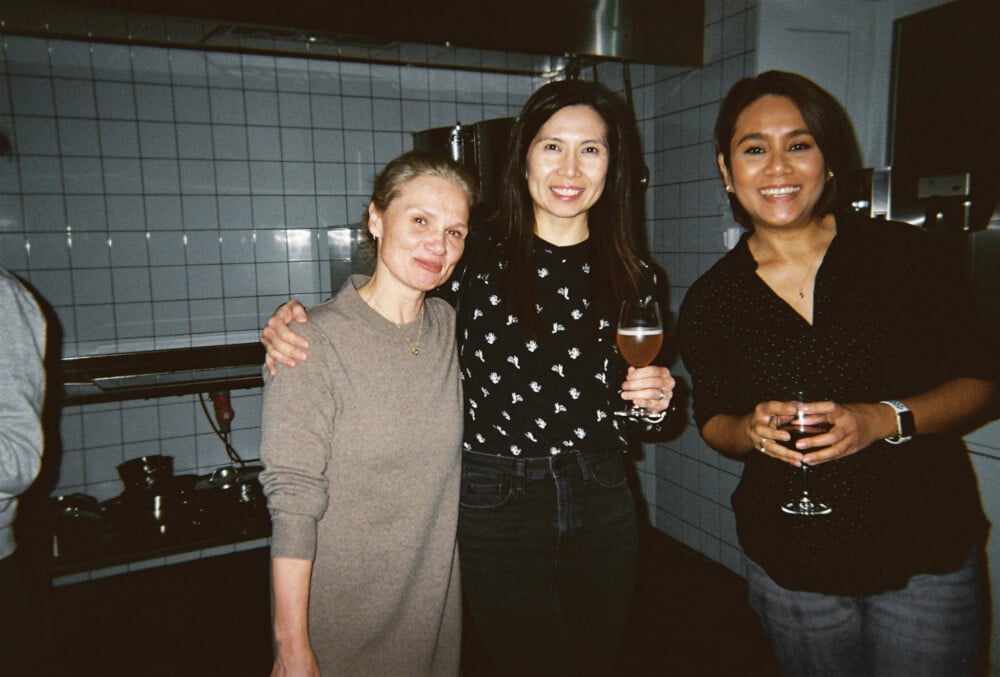 Women Only After Work 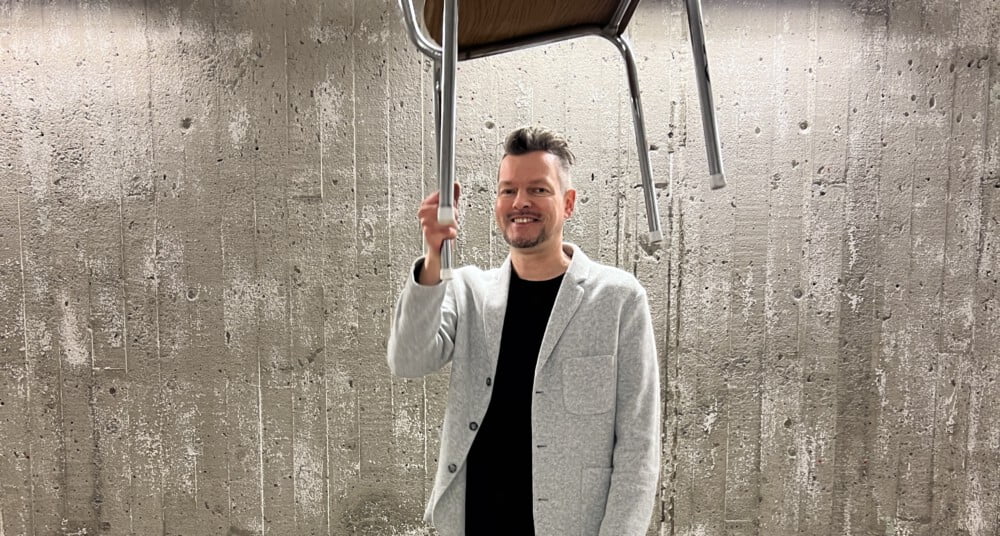 A conversation with Oddgeir Hole

An easygoing one-on-one with members at A house Ark 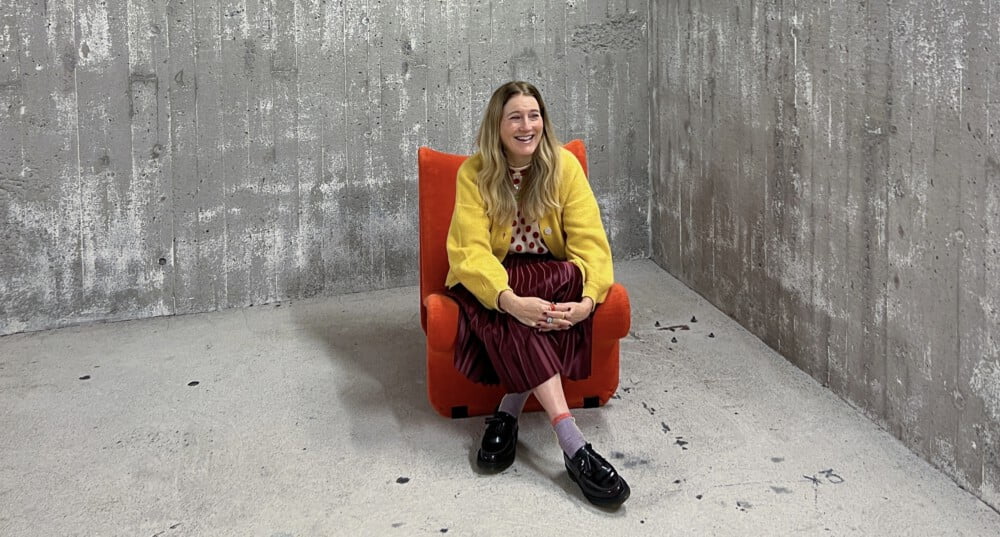 A conversation with Sophie Gyllenhammar

An easygoing one-on-one with members at A house Ark